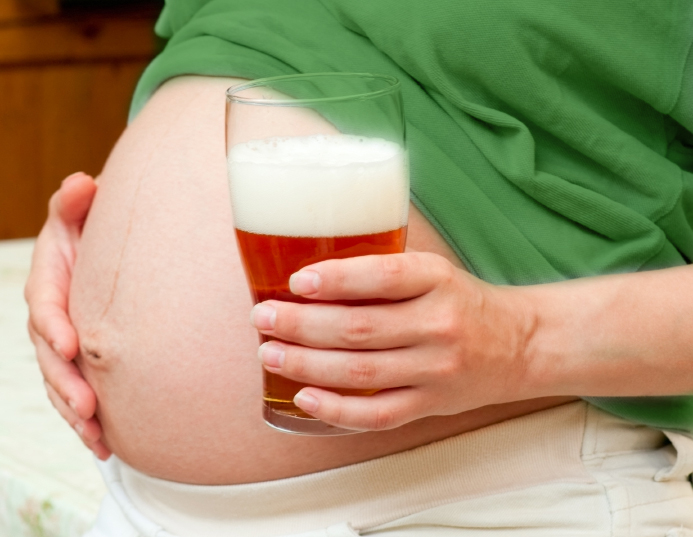 With St. Patricks day approaching a lot of ladies that are with child will be wondering about what to do on this traditional drinking holiday. The subject of drinking and being pregnant is to a point these days that even if you come within 50 feet of a bar while pregnant you are sure to draw looks. However, there are reports that also say that moderate drinking during pregnancy is ok. Is it?

As with all things what you ingest during pregnancy so does your baby. A fully grown adult has a better ability to process the alcohol then the growing child inside. Drinking a lot of alcohol during pregnancy can lead to severe health conditions, the most detrimental of these known as fetal alcohol syndrome (FAS). FAS causes harm to your baby’s development both during pregnancy and after.  Their development both mentally and physically are severely compromised. You also risk birth defects to the heart and brain, vision and hearing problems, low birth weight, preterm birth, miscarriage, and all sorts of nasty things that you would never wish on you or your baby.

You may hear advice from people who have consumed alcohol while pregnant touting that it had no effect on their child.  Some healthcare providers will advise that it is a personal decision because there are studies that have shown small amounts of drinking have little or no effect. A study done in Denmark showed that women with low to moderate alcohol intake had no adverse effects in their children. The problem is because we are all different, and each person will process alcohol differently there is no way to tell how little is enough to actually cause problems.

In an age when we examine every little thing we put in or on our body while pregnant, to avoid causing harm, with even the slightest little chance of it. I think it’s safer to just avoid alcohol all together. You may not cause any harm by having one or two drinks in celebration, but why risk it? You may not actually eat a contaminated piece of lunchmeat, but we avoid it because the risk is there.

So this St. Paddy’s day perhaps take advantage of being pregnant and take your seat as the designated driver or just stay in and enjoy some traditional food. Missing out on drinking for the short amount of time it takes to produce a baby compared to a lifetime of St. Paddy’s days really isn’t such a big deal.